Hello fellow budget hunters, we landed in Romania at 11.30pm yesterday and think it would be fun to keep you all updated on our adventures over this coming week!

Day 1 – today is the day. we’ve woken up ready for a long old drag of a day although still got that underlying excitement that we are going on an adventure later!

As we had a few things to do in town, we packed and left about 1pm to go and change library books, change money and get some cash out. After changing the library book, my partner went to the bathroom and on his way back I asked if he’d got his passport. I have no idea why I suddenly thought about it, but we hadn’t run through our usual packing checklist! We had been out the night before and he had a slight headache so blamed that for not having his passport. After much panicking we had to decide what to do.

The initial plan was for him to get a bus the 35minute walk up to his house, then cycle back and meet me at the railways station. I was to collect our train tickets and wait there for him! Thankfully, we rang his flatmate and he was able to cycle into town with it. Because we had left so early and had planned extra time, we were able to get a train almost an hour later and still be at the airport for the 2 hours recommended by the airline. Who forgets their passport (which was on the desk next to the bag) for an international trip?

After arriving we managed to swiftly get through security despite large queues and stopped in a coffee shop. I managed to see my Godmothers husband at the airport in a surreal moment. I thought that this man looked familiar and eventually we both twigged – funny how you can be 200miles from home and still see someone you know!

Our flight was 15 minutes delayed and we stood in the queue for the boarding. I am an avid traveller but something about standing in a boarding queue I get anxious about. I have a real need to be one of the first people on the plan despite every airline having allocated seating, whereas my partner would prefer to be still sitting down until they call his name out! Our flight was held at stansted for almost 55 minutes before we were able to take off!

We landed with one of the smoothest landings Ryanair has given us in  while! Security was fairly straight forward but my partner has his scrutinized extra closely. After walking out of the airport, it was now midnight so we had no other option but to get a taxi. We had already changed a few pounds in the UK to Romanian Lei so we would be able to get a taxi and we did find out that they would take pounds/euros/dollars but probably give us a bad rate.

A couple of people had warned us about the taxis so I was feeling fairly apprehensive – I also hate paying the price but we were told it should be no more than 50 Lei or £10 to get to our destination. We asked for our address and the first taxi didn’t know and before long we had a crowd of 7 men stood around shouting about where it was. Eventually he said he knew and put his phone with directions on the dashboard. This was also after my biggest faux par of when we were negotiating a price, shouting out a number 10 more than we wanted – I think the tiredness was getting to me at this point!

We pulled up in a strange looking place with a lot of graffiti and the driver announced we were there. We exchanged looks and my partner got his bag out the back with the guy while I got the cash out in the car. It took me a while and they were both laughing. The taxi driver helped us find the building then left – we had been given detailed instructions on how to get in but at almost 1am we managed it swiftly.

The apartment pleasantly surprised us both – it has a double room, two sofa beds and is huge for the £19 per night we are paying!

Day 2 we woke up early – well I did because my insomnia caused me to have less than an hours sleep and I could see the sun peeking through the curtains. We decided the best plan for the day was to go and change some cash and food shop before exploring. So we searched for money exchange and found some results at the Iulius Mall which was also near to a lidl. The mall was very modern and could easily have been one in Dubai or New York – we enjoyed a stroll around. Then we headed to food shop in Lidl which was a lot cheaper than we expected! 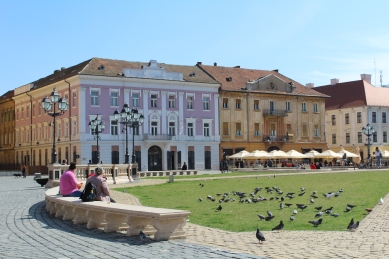 After unpacking the shopping, it was getting very warm so we decided to explore the city further. The Piata Unirii is only 30 seconds from the apartment and is one of the most beautiful places I’ve ever been. The city isn’t really geared up to tourists properly yet but I love the up and coming city breaks.

We strolled to the river and then bought some street burgers which were great and cost £1 each before strolling back up in the sun. We went back to the square and sat at one of the heaving cafes and ordered a milkshake each! It was lovely to sit there and watch the world go by and we later sat in the sun too. We are now at the apartment cooking some dinner!

I can’t wait for more days of exploring and to keep everyone updated with this beautiful place! 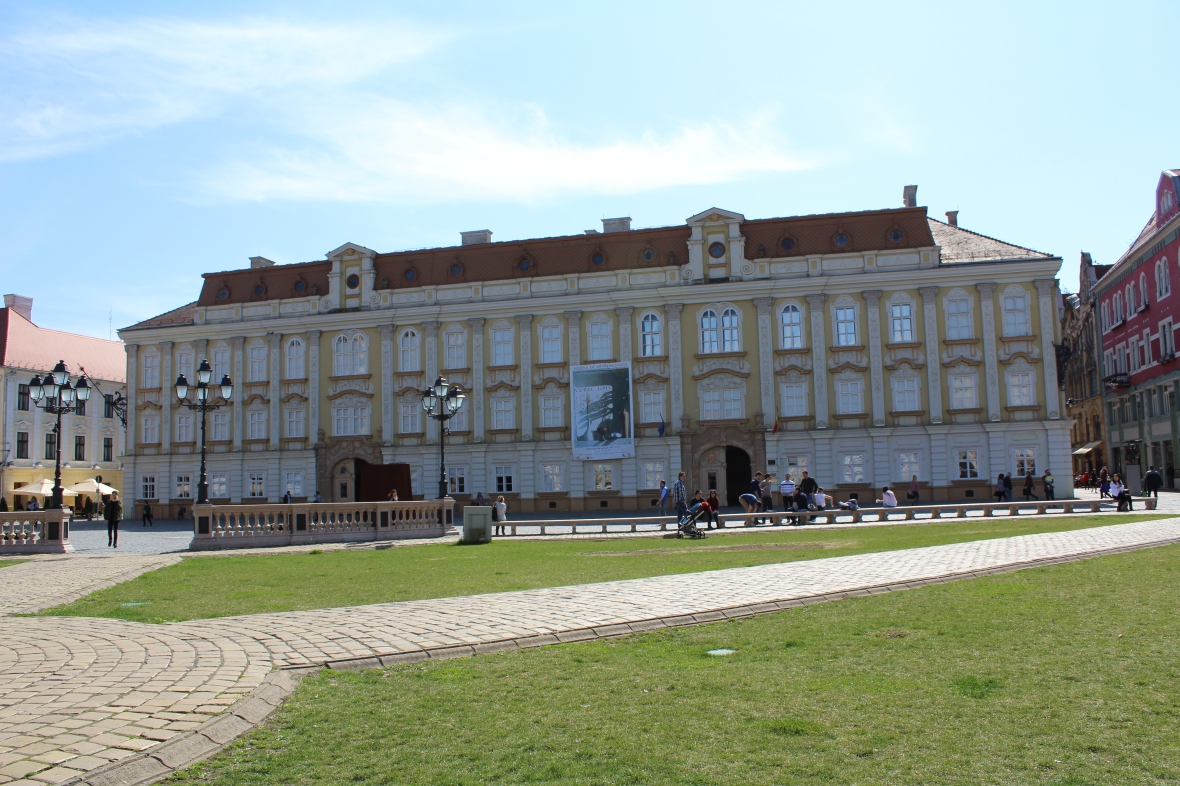